The ancestor to both modern day amateur and Professional wrestling, Catch Wrestling reached its height of popularity just before World War I. Catch Wrestlers won their matches via pin or submission and they would often travel from town to town taking on all challengers. Some of these wrestlers such as the great Frank Gotch (right) reached levels of international stardom. Eventually matches became fixed and new rules were set in place and Catch As Catch Can Wrestling (AKA “Catch” Wrestling)  fell into obscurity.

It is very difficult to find legitimate, authentic instruction in this old style of wrestling. Having trained directly with legendary Catch Wrestler Billy Robinson, I instruct real Catch As Catch Can Wrestling in a safe fun and easy to learn environment. I am an Assistant Coach and Level III Catch Wrestler Certified by Catch Wrestling Legend Billy Robinson and Scientific Wrestling.

The following are some of the many benefits gained from regular training in Catch Wrestling:

What you should know 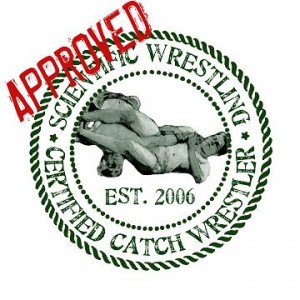