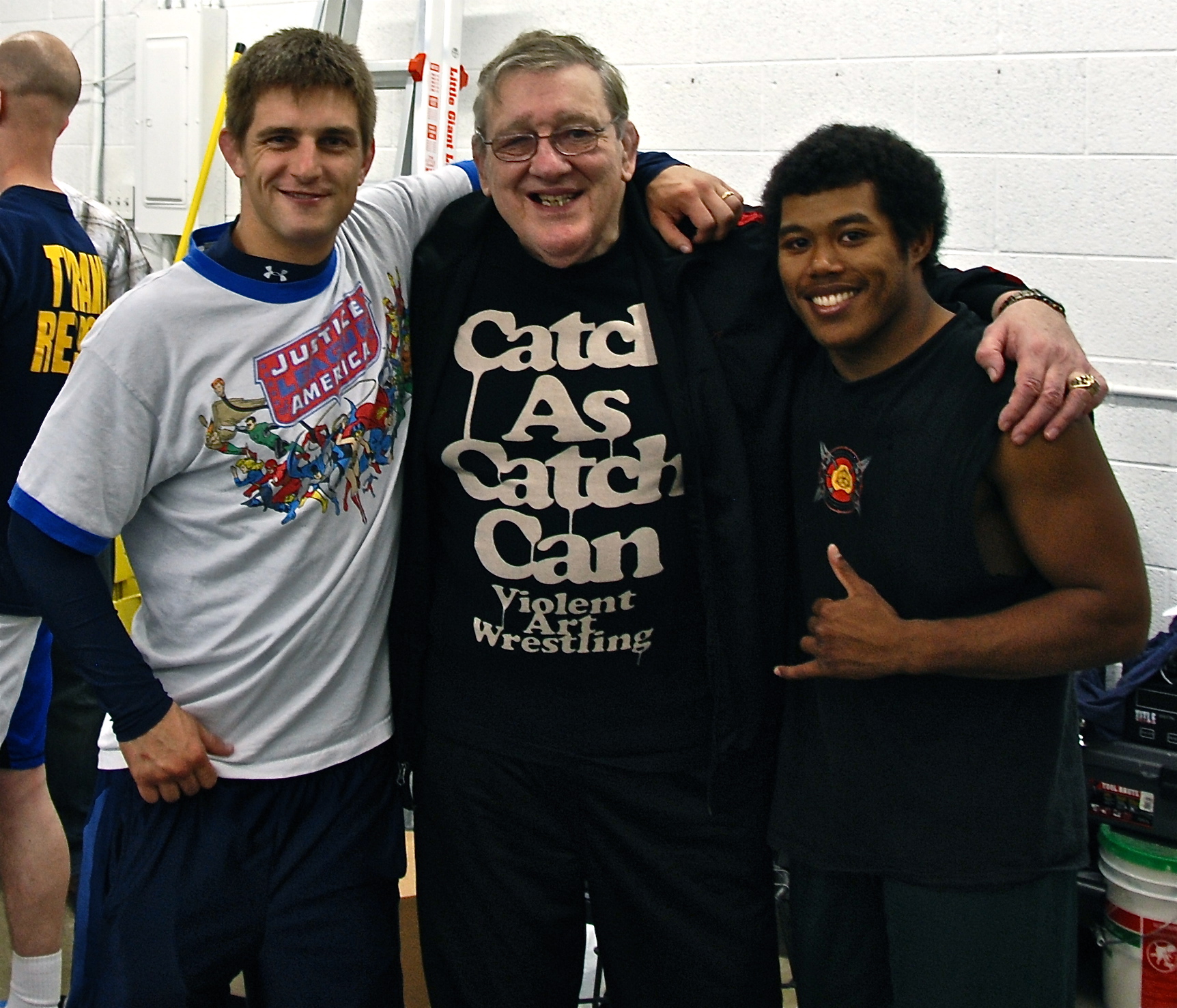 Last weekend marked another 16 hours on the mat with Catch Wrestling king Billy Robinson. We spent a lot of time on fundamentals and take-downs. I finally made some real progress on the pivot, one of the most unique aspects to this style of wrestling. It’s similar to the back step, found in amateur wrestling or judo, but far more efficient and utilized throughout the entire grappling system. Billy also spent some extra time with Ricky Lazaro and myself during our lunch break helping me with my cradles, take-down counters, and answering all of my questions. As always, there were so many different techniques I had never seen before. Both Jake Shannon and myself joked about “how deep the well goes,” because there appears to be no bottom at all.

I was also able to pick up a copy of Jake’s new book, Say Uncle!: Catch-As-Catch Can Wrestling and the Roots of Ultimate Fighting, Pro Wrestling & Modern Grappling

, and have it signed by both Billy and Jake. With so few resources available for this unique grappling style, Jake’s book is a fantastic addition to any martial arts library.

The book is organized into three sections. The first section recounts the history of Catch Wrestling and it’s influence on Mixed Martial Arts, Folk, Freestyle, and Professional Wrestling. The second section, and my favorite part of the book, contains interviews with many of the old timers and those knowledgeable of the sport and martial art. The interviews include Karl Gotch, Billy Robinson, Dick Cardinal, Gene Lebell, and many more recognizable names. It’s fascinating to read so many first hand accounts of how these masters trained, coached, and competed in Catch as Catch Can Wrestling. The final section is a brief introduction into some of the positions and techniques found in Catch Wrestling.

P.S. I literally could not put this book down and read it entirely in one sitting. Reading this book will bring a much greater appreciation to anyone currently practicing wrestling or any grappling style. It is well worth the investment it can be purchased here on Amazon